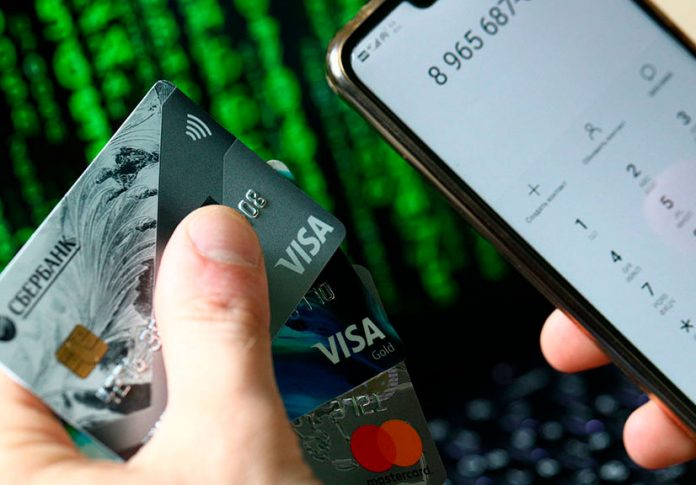 Up to 90% of the call centers created with a criminal purpose, working against citizens of the Russian Federation, are in Ukraine, the rest are located in the CIS countries, follows from the report “Analysis of fraudulent calls from the territory of Ukraine. Participants and numberspublished on Thursday by the bank.

In the report, Sber experts analyze well-known fraudulent SIP services (Session Initiation Protocol, a data transfer protocol used for IP telephony), provide statistics on fraudulent calls, consider scenarios for deceiving citizens of the Russian Federation and citizens of other states, and also offer a set of measures to counter criminals.

According to Sberbank, in 2022, fraudsters made 1.5 billion attempts to call bank customers in order to steal money by fraud. Over the past six months, only in Sberbank, such attempts have affected more than 65% of the client base. About five million calls are made per day, including with the help of robots.

See also: Kaspersky Lab on the situation with telephone fraud in the first half of the year >>>

Years of telephone fraud continued until the start of a special military operation. In January 2022, Sber customers complained to the bank about fraud 250,000 times; in February, 264,000 requests were recorded, a 6% increase. After February 24, 2022, a complete stop of the “fraudulent conveyor” was recorded.

However, a month later, a gradual increase in calls began, although the intensity decreased: if before the special operation the number of complaints averaged 11 thousand per day, then from March 20, 2022 – two thousand per day.

Sber experts name the reasons for this fall: the liquidation of existing call centers in the annexed territories (Berdyansk, Melitopol, Kherson, etc.), attacks on the energy infrastructure of the main cities of location (Dnipro, Kharkiv, etc.), work carried out by specialized federal executive authorities and telecom operators to put things in order in telephony.

See also: Head of the Federal Penitentiary Service: call centers in the colonies are “made up” >>>

As noted in the bulletin, in order to mislead citizens, attackers use telephone numbers of the Moscow region, credit organizations, state authorities and law enforcement agencies.

The substitution of subscriber numbers is also used for the purpose of committing acts of an extremist and terrorist nature, drug trafficking, materials with pornographic images of minors, driving to suicide, involving children in committing actions dangerous to their lives and other illegal acts.

Currently, a cyber war is actually being waged against Russia. The stolen money is used to finance nationalist groups, Sberbank concludes.

In theory, a technical solution to the problem should be a call verification system, which is mandatory according to the requirements of the Federal Law “On Communications” for operators to connect from January 2023. However, this system is currently not available and it is impossible to assess its effectiveness.

Recall, responsibility for telecom operators for skipping a call from a replacement number from a foreign operator was introduced by Federal Law No. 480-FZ of December 31, 2021. The prohibition of number substitution installed law, signed president in June 2021.

Currently, more than 30 operators, due to illegal actions of which it became possible to commit crimes with the substitution of a telephone number, have been brought to administrative responsibility. Some of them have been involved more than once, the bulletin says.

See also: For the first time in the Russian Federation, an operator was fined for substituting a phone number >>>

At the same time, the imperfection of the legislation on communications, the lack of other levers of influence on unscrupulous operators do not allow law enforcement agencies to effectively combat IT crime.

The main problems and visible ways to solve them are:

To eliminate uncertainty and legislate the obligation of telecom operators to provide such information at the request of authorized bodies without a court decision and within a limited period, it is necessary to make appropriate additions to the Federal Law “On Communications”. At the same time, administrative liability should be provided for failure to fulfill this obligation.

It is also proposed to establish criminal liability for employees of telecom operators for repeated violation of the law on communications, resulting in significant harm to the rights and legitimate interests of citizens (organizations) or the interests of society or the state.

St. Petersburg colleges were recommended to help the military. “Paper”

The Cultural Committee responded to the appeal of the musicians. “Paper”

In Kronstadt, they want to build a “Street of Heroes Z” for 144 million. “Paper”