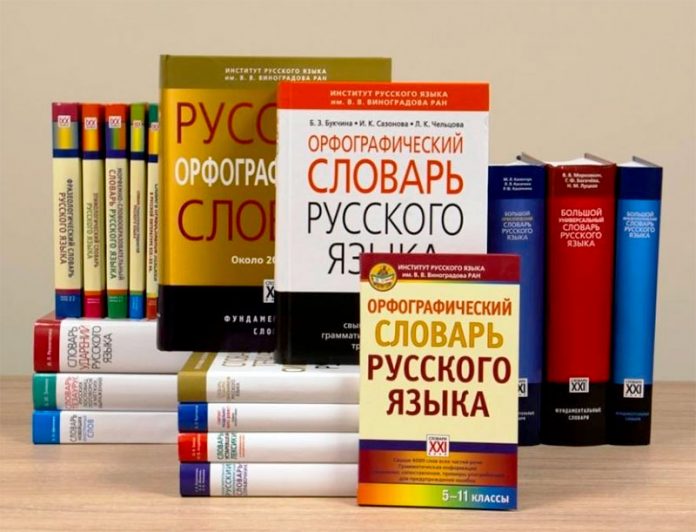 Government contributed to the State Duma a draft federal law that introduces such concepts as normative dictionaries, normative grammars and normative reference books, fixing the norms of the modern Russian literary language when it is used as the state language of the Russian Federation.

Based on the proposals of the government commission on the Russian language, the government will determine the procedure for the formation and approval of a list of such dictionaries, reference books and grammars and the requirements for their compilation.

It is expected that the law will come into force from the date of publication.

We note in this connection that in September the RAS contributed 13 new “IT-words” were added to the spelling dictionary of the Russian language, including “video blogger”, “game zone”, “google”, “media fake”, “informer”, “retweet”, etc.

We also recall that the government, which developed the draft law on the protection of the Russian language, itself systematically violates rules for its use. Thousands of regulatory acts of the Russian Federation do not meet the general legal requirements of clarity, certainty and unambiguity, since they are written without observing the norms of the modern Russian literary language, Nikolai Kropachev, rector of St. Petersburg State University, noted three years ago at a meeting of the Russian Language Council under the President. Since then, the situation has not improved; on the contrary, according to our observations, it has worsened.

See also: Protection of the Russian >>>

It is also worth noting that the Russian language needs protection from targeted external threats. So, for example, foreign spell-checking systems tried to outlaw Russian dictionary words (“negro”, “blue”). Outrageous example – the behavior of the Facebook social network, owned by an extremist American organization, in relation to the ex-football player of the Russian national team Dmitry Khokhlov.

In this social network, citizens of Ukraine, a country that has openly proclaimed a fight against the Russian language, are hired as moderators of Russian-language publications.

A Petersburger was fined for an anti-war inscription on a trash can. “Paper”

The court satisfied the claims of a number of users against Yandex.Food due to a PD leak

Zelensky called the terms of negotiations with Russia. “Paper”